So there are many things going on right now. Most significant for me is Fees Must Fall has resurfaced. There have been noteworthy protests on campus. Uncanny timing….. and ironically on the anniversary of Steve Biko’s death yesterday some of my colleagues were trapped in our building on campus due to protest action. Thankfully, I can report that no one was harmed. Today there is mass confusion on campus. Classes are locked. No one is sure if lectures are taking place or not. Some staff are at home out of fear of their safety, others diligently go in out of loyalty, but then leave because of the locked class situation. Some students are milling around while others have amassed in a group and are chanting in the student centre. And the latest news just in is everyone in our building was just evacuated again now due to safety concerns. What a royal mess.

After what transpired yesterday I met up with a colleague in Stellenbosch to give him some advice and ideas on how he could move his classes online and this started me thinking of what it all means. So I’ll be blogging about that soon. As soon as I can articulate my frustration, despair, my hope and my faith in a coherent and diplomatic manner, without giving in to my seething bubbling anger.

In the meantime I also think it’s time to wrap up my Sweden trip. So here the final instalment of that adventure… 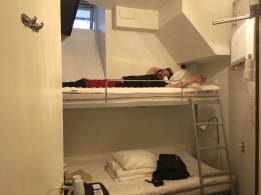 When we arrived in Stockholm we didn’t yet know where we’d stay. Only at the airport did we book accomodation using the app on a smartphone

Our tiny little room in Stockholm

So we arrived at Arlanda airport and we still didn’t have accommodation. Seriously living precariously. We managed to find a tiny little room in town. Seriously…TINY.

Then to catch up and do touristy things…. 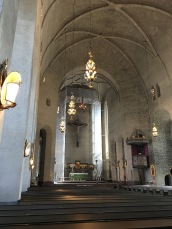 Beautiful churches and old buildings in Stockholm. Our hotel was in the city very close to Gamla Stan (the old town – literally the oldest part of Stockholm). Was so beautiful. Spent a morning exploring it and visited the Nobel Museum. 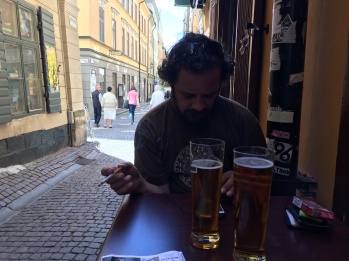 Stopping for a beer in Gamla Stan 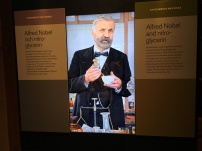 Then for some more museuming… 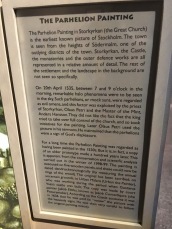 But then we were tired. Look, you can only do that much museuming in a day. 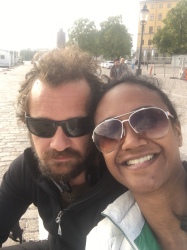 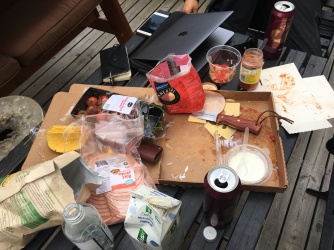 It didn’t stop us from clubbing that night though…

Even the trip back home from the club that next morning was breath taking. 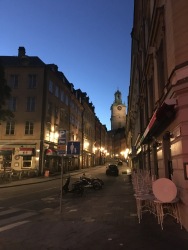 So then some more museuming….. Saving the best for last….

Admission time: I can neither confirm or deny that the ABBA museum might or might not have been my favourite or least favourite museum in Stockholm. 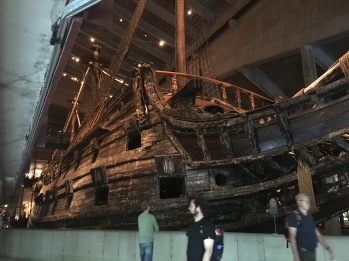 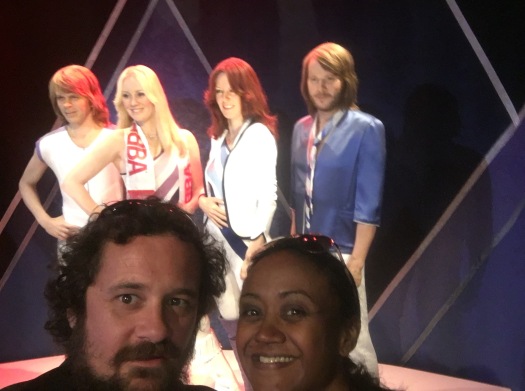 And then our final day in Sweden we spent in a quaint little town called Sigtuna. It had a really ‘small town feeling’ to it – rich in history. The perfect way to end a perfect trip. 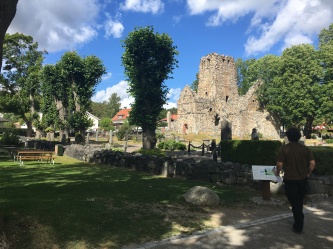 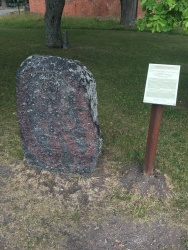 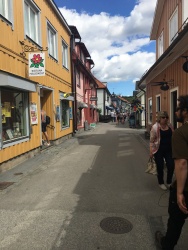